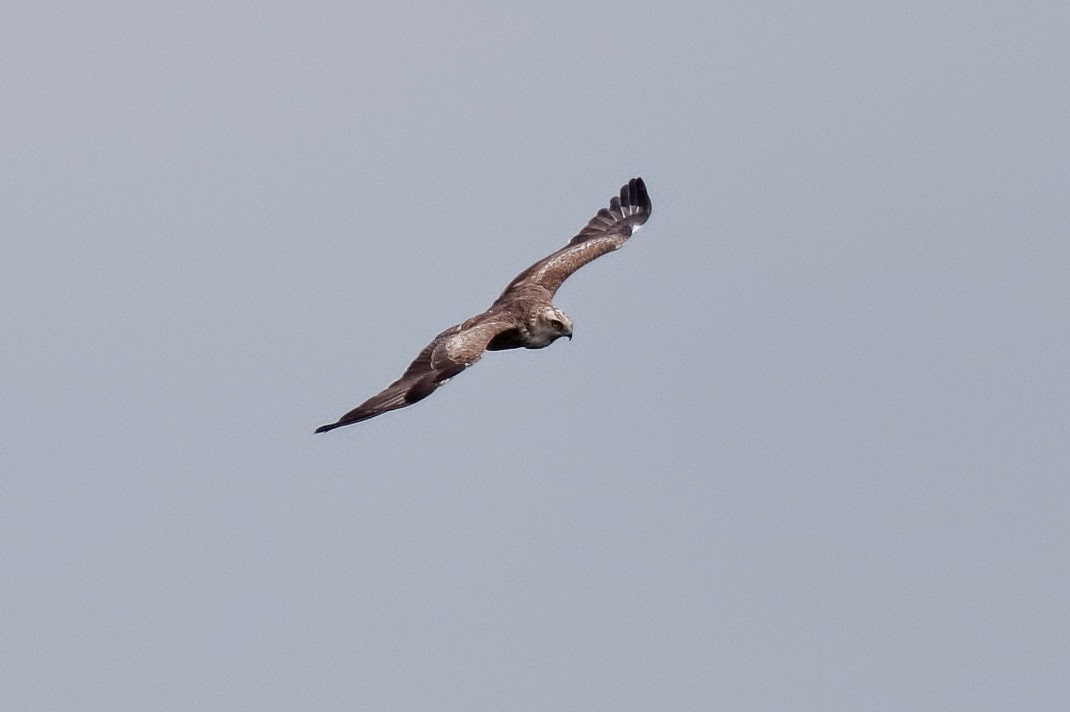 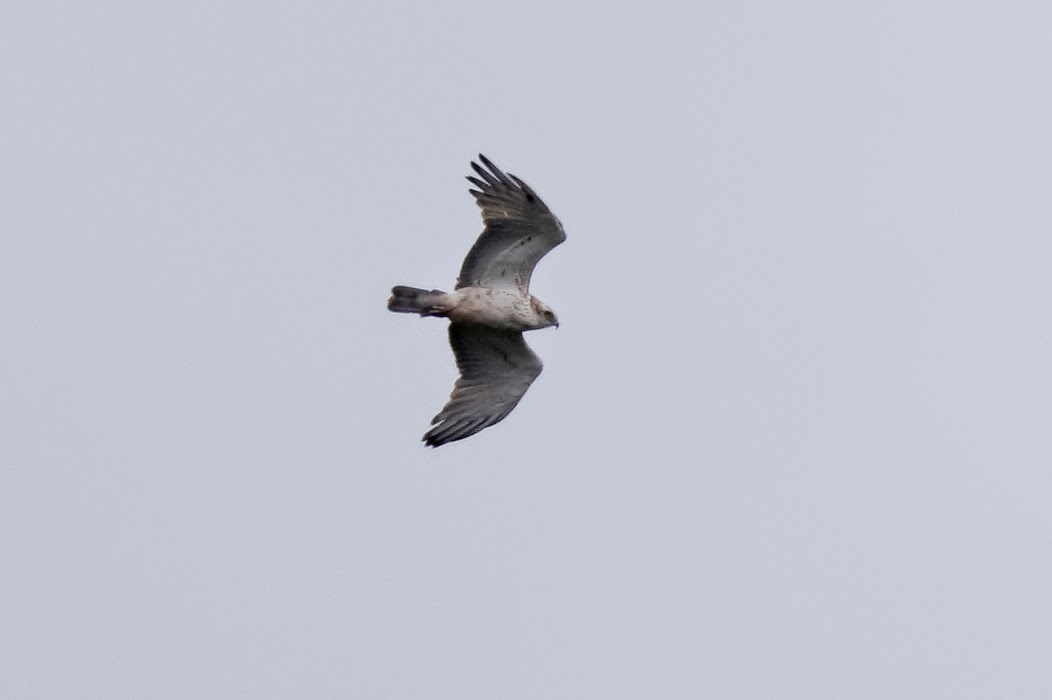 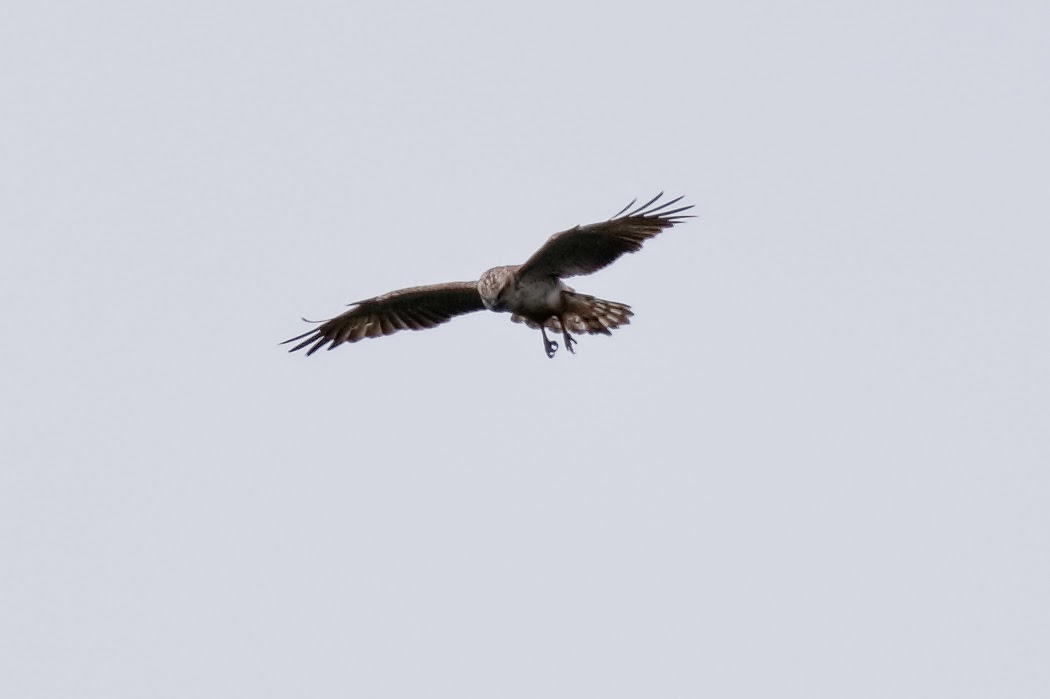 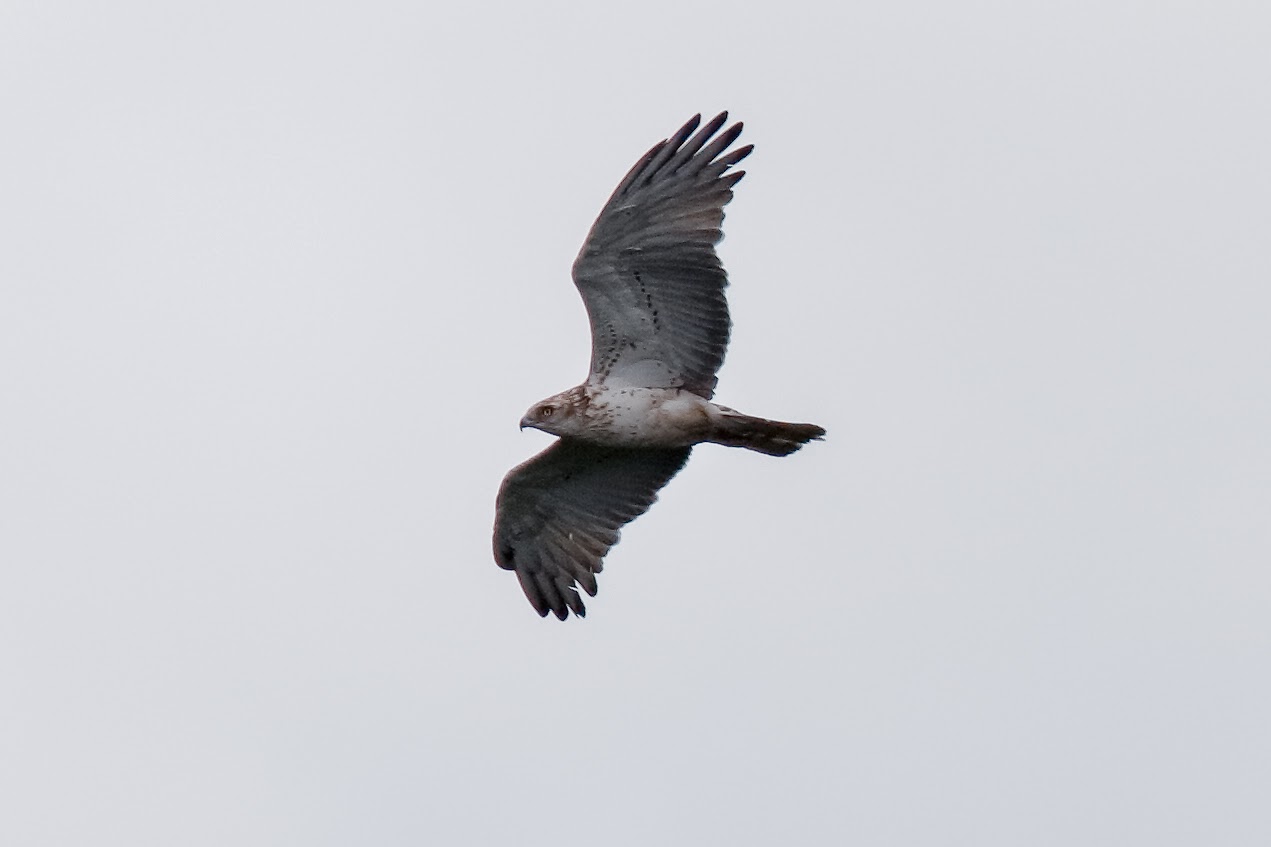 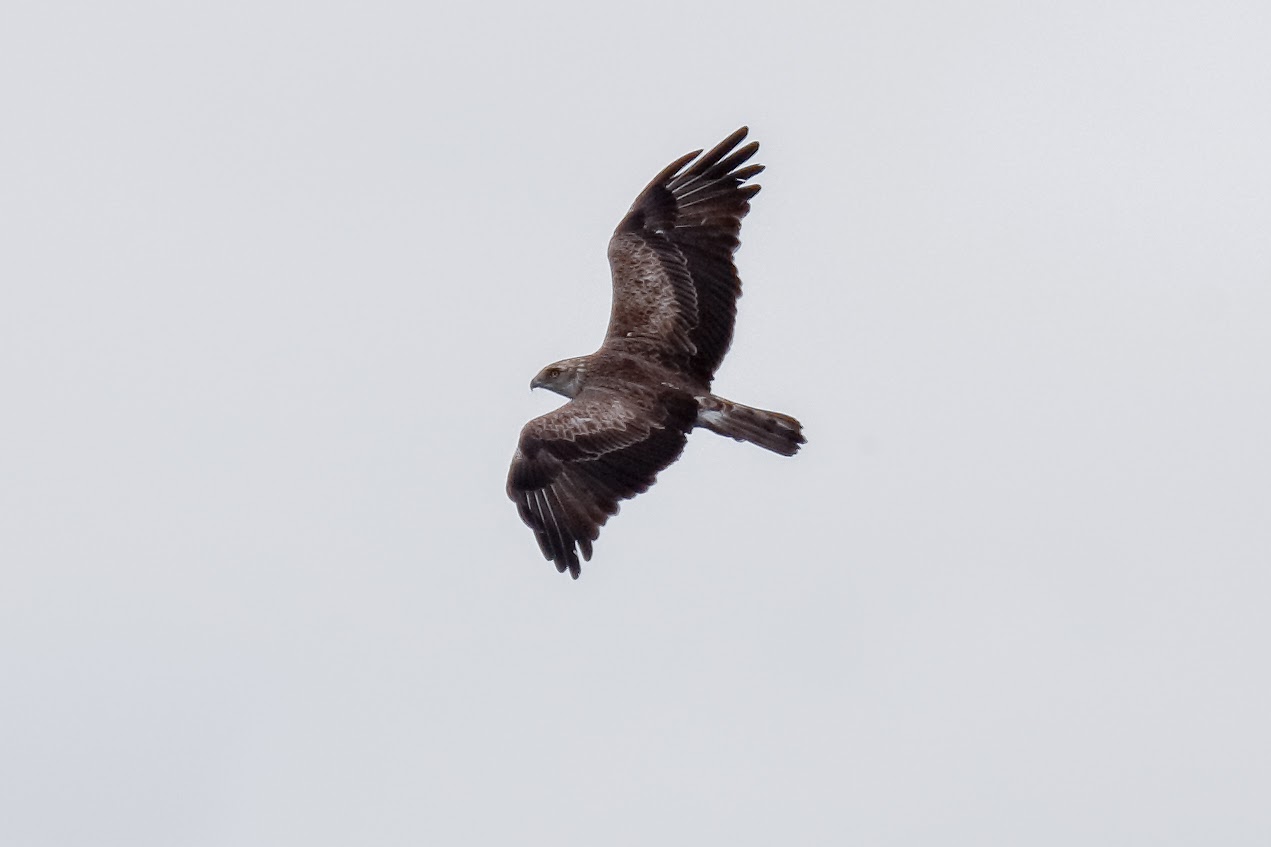 In the New Forest (Hampshire), the SHORT-TOED SNAKE EAGLE reappeared again SW of Pig Bush, near Beaulieu, roosting in a pine tree for an hour or more late afternoon, although there was no sign of the bird in Ashdown Forest today (I cannot believe it is one bird going backwards and forwards, even though they look very similar).

Elsewhere, the first-summer ROSS'S GULL was at Bowling Green Marsh, Topsham (South Devon) but the Inner Farne Bridled Tern didn't turn up (presumably out at sea fishing all day). An eclipsed drake LESSER SCAUP was present for a second day at Blagdon Lake (Somerset)

ROSE-COLOURED STARLINGS remain in Carlton Colville (Suffolk), Burnley (Lancs) and Hopeman (Moray), whilst a male RED-BACKED SHRIKE replaced yesterday's female in the Winterton area, SE of the Horsey track to the sea. 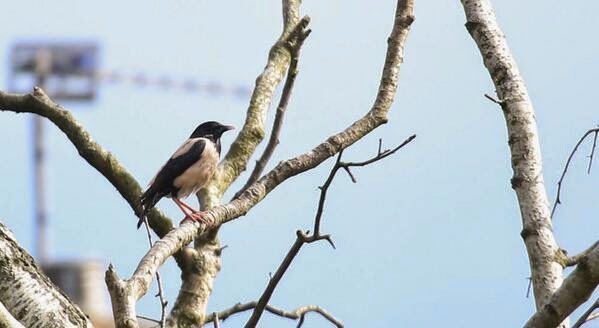 Both rares remain on Unst (Shetland), that is the PECTORAL SANDPIPER and LESSER GREY SHRIKE, with at least one singing male MARSH WARBLER on Fair Isle (Shetland).

At Flamborough (East Yorks), the CORNCRAKE remains this evening north of Lighthouse Road, while in Lancashire, the female DOTTEREL continues to show well on Pendle Hill. 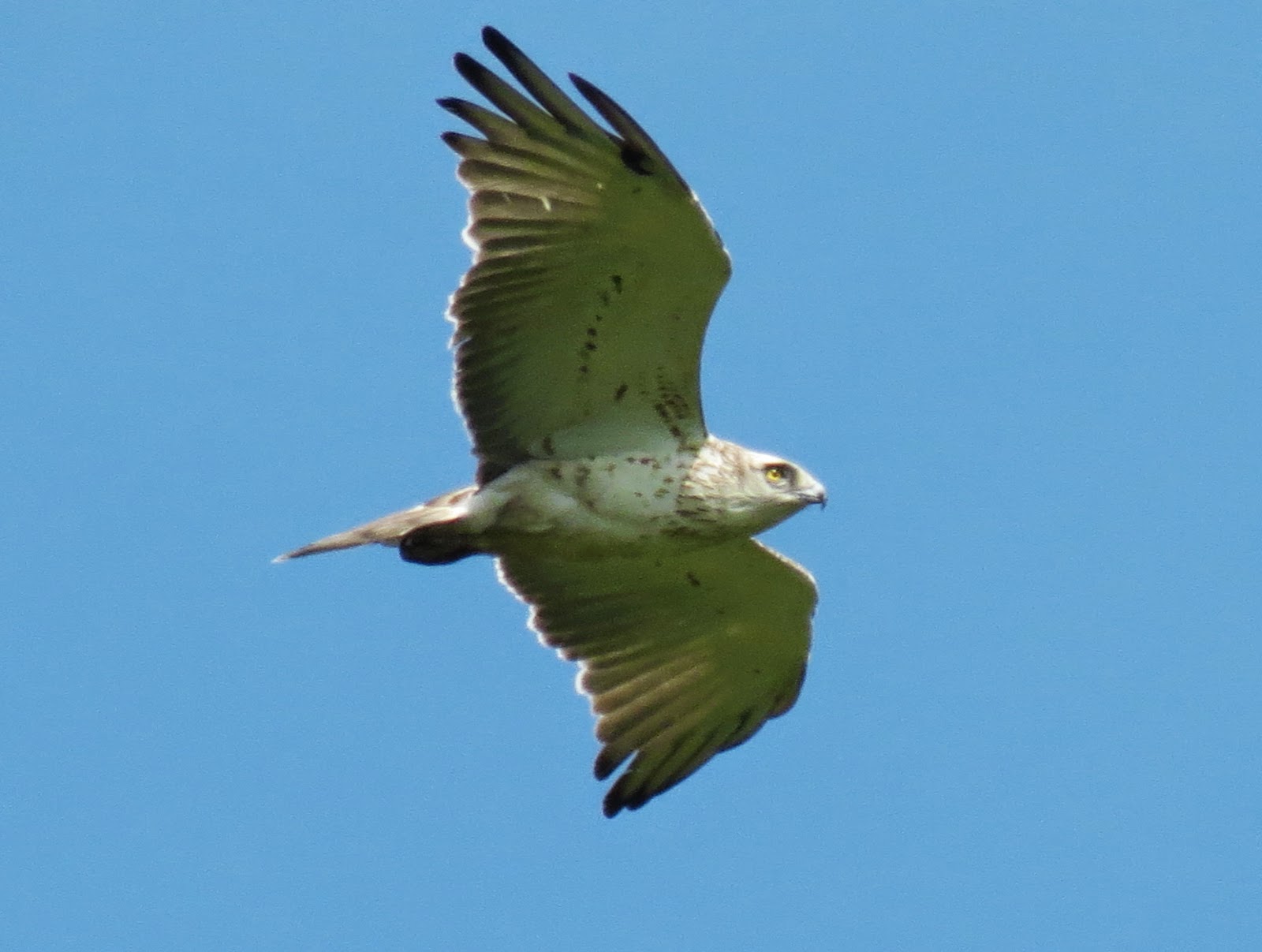 In Sussex, the 2nd-summer SHORT-TOED SNAKE EAGLE remains in Ashdown Forest, still commuting between the ridge to the east of Gill's Lap car park (its favoured feeding area) and the woodland SW of the Long Car Park on the East Grinstead road (A22) (its main roosting area), while in West Cornwall, the first-summer female RED-FOOTED FALCON remains for its third day at Porthgwarra, ranging widely on the moor. 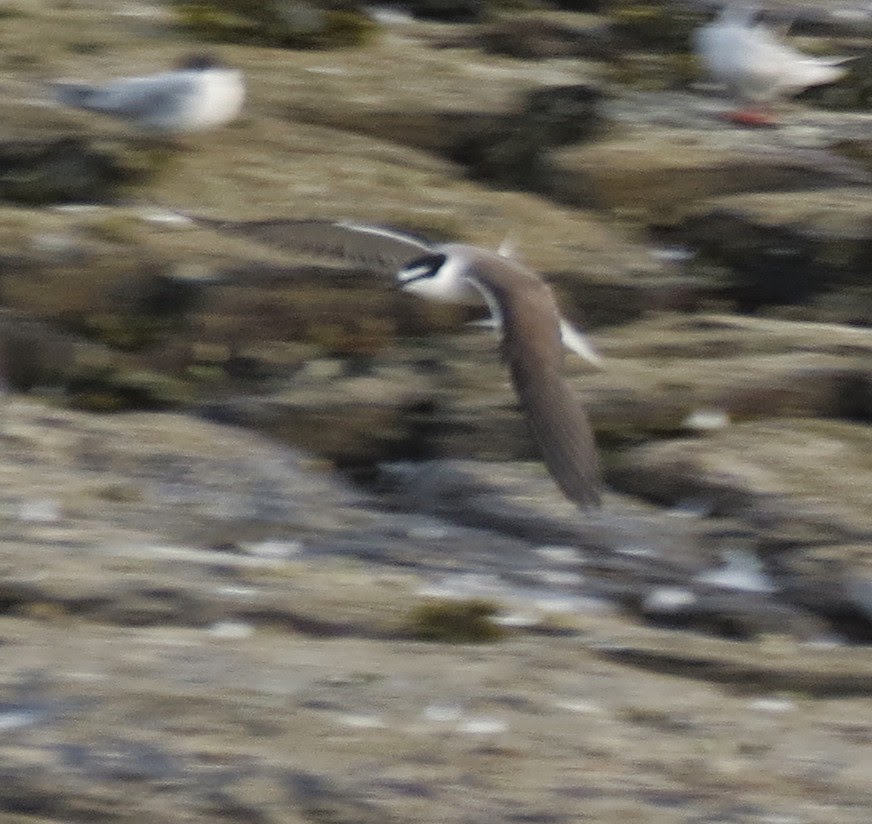 Runner-up in the rarity stakes continues to be the adult BRIDLED TERN on Inner Farne (Northumberland), spending long periods on the island at present. Boats can be arranged from Seahouses Harbour - contact either Serenity Boat Tours on 07984 668093 or Billy Shiel's on 01665 720388. 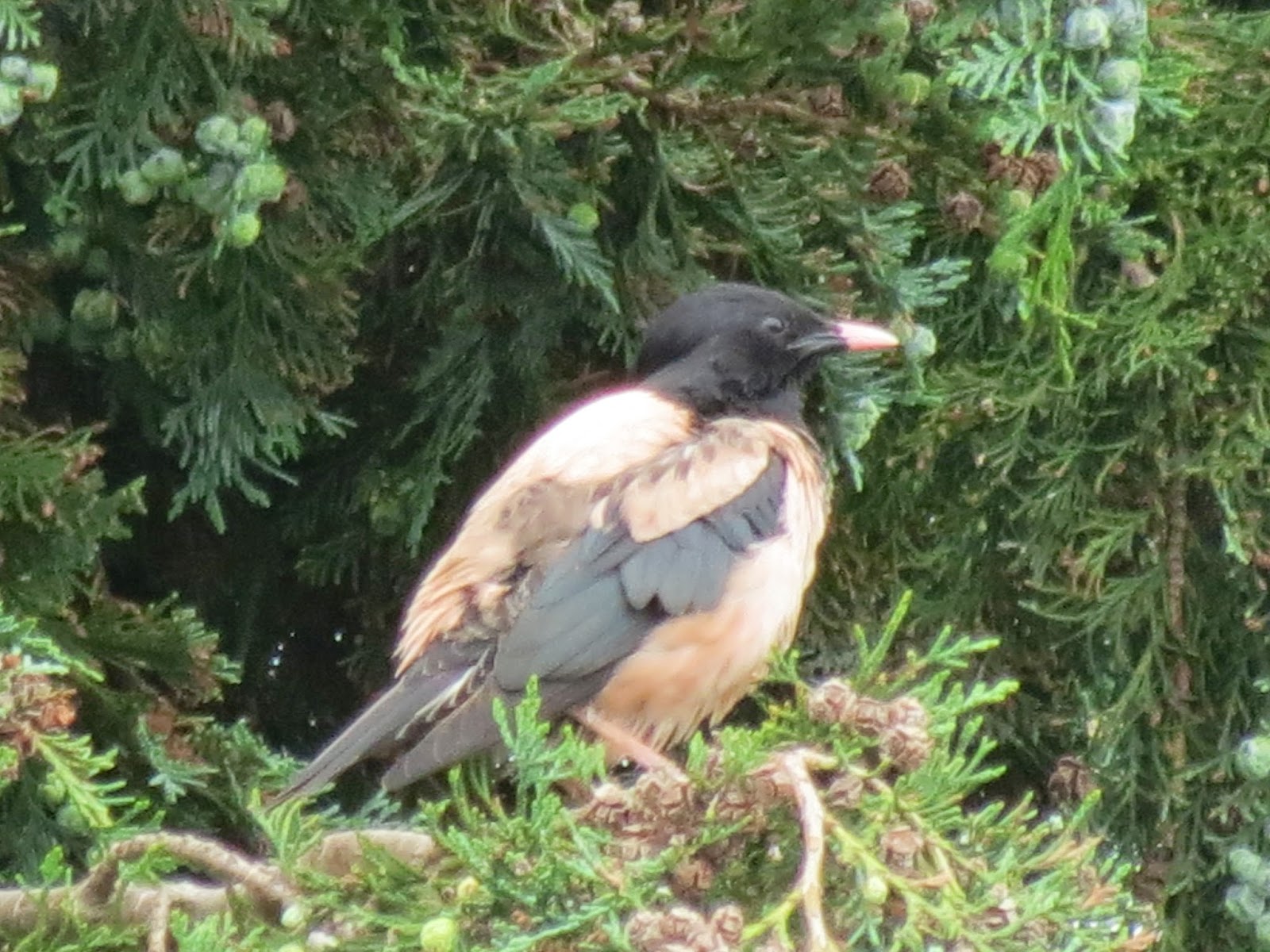 Several ROSE-COLOURED STARLINGS to be seen including adult-types at Hopeman (Moray) (on the house roofs opposite the golf course entrance), in Burnley at Rose Grove (Lancashire) (on the playing field above Surrey Avenue) and in Suffolk at Carlton Colville, commuting between gardens in Breydon Way and Pinewood Avenue. A female RED-BACKED SHRIKE remains at Winterton North Dunes (Norfolk) while in Shetland, the male LESSER GREY SHRIKE continues on Unst at Baltasound.

In South Devon, the first-summer ROSS'S GULL remains in residence at Bowling Green Marsh RSPB, Topsham, either viewable from the lane or the hide. 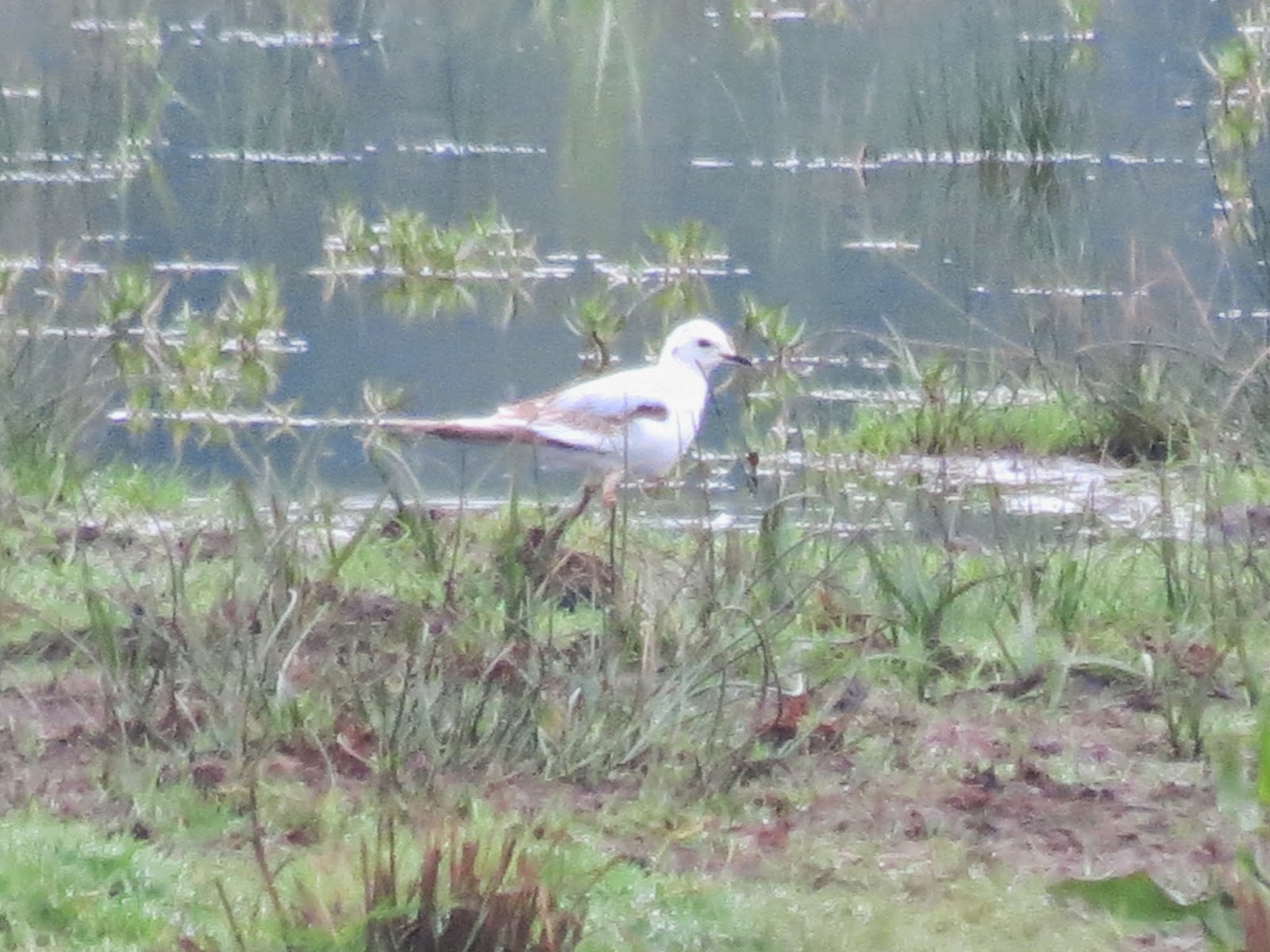 At 2125 this evening, the male CORNCRAKE was calling again at Flambrough Head (East Yorkshire), east of the village in the rough grass field just north of the Lighthouse Road opposite the Millenium Wood, while in the Hull area, the first-summer COMMON CRANE is still at Leven Carrs. 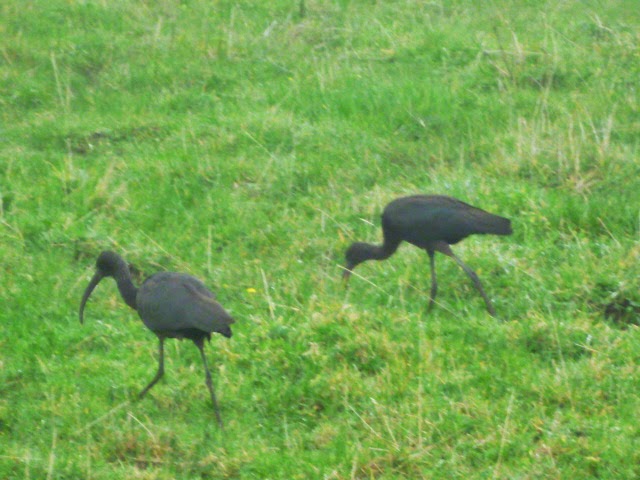 and no shortage of GLOSSY IBISES oversummering - the bird at Otmoor RSPB (Oxfordshire) (in the NE corner of The Closes Field this evening), that at Stanpit Marsh in Christchurch Harbour (Dorset), the wandering bird in Yorkshire visiting Fairburn Ings RSPB this afternoon (on the New Flash from Lin Dyke Hide) after being present at St Aidan's Flash, New Swillington Ings for a while earlier, the long-stayer at Frampton Marsh RSPB (Lincs), that at Dungeness RSPB (Kent) (most often in the flooded Hayfield) and the first-summer just south of Milnthorpe (Cumbria) west of the A6 on the River Bela.

The 2 EURASIAN SPOONBILLS are still present in Findhorn Bay (Moray), as are the 4 at Druridge Bay (Northumberland), while Cley NWT Reserve (Norfolk) now boasts over 24 post-breeding birds on the scrapes.

A female DOTTEREL was a surprise late June occurrence at Pendle Hill (Lancs), showing very well 300 yards SW of the trig point, while on Shetland, a PECTORAL SANDPIPER is at Haroldswick Pools on Unst. 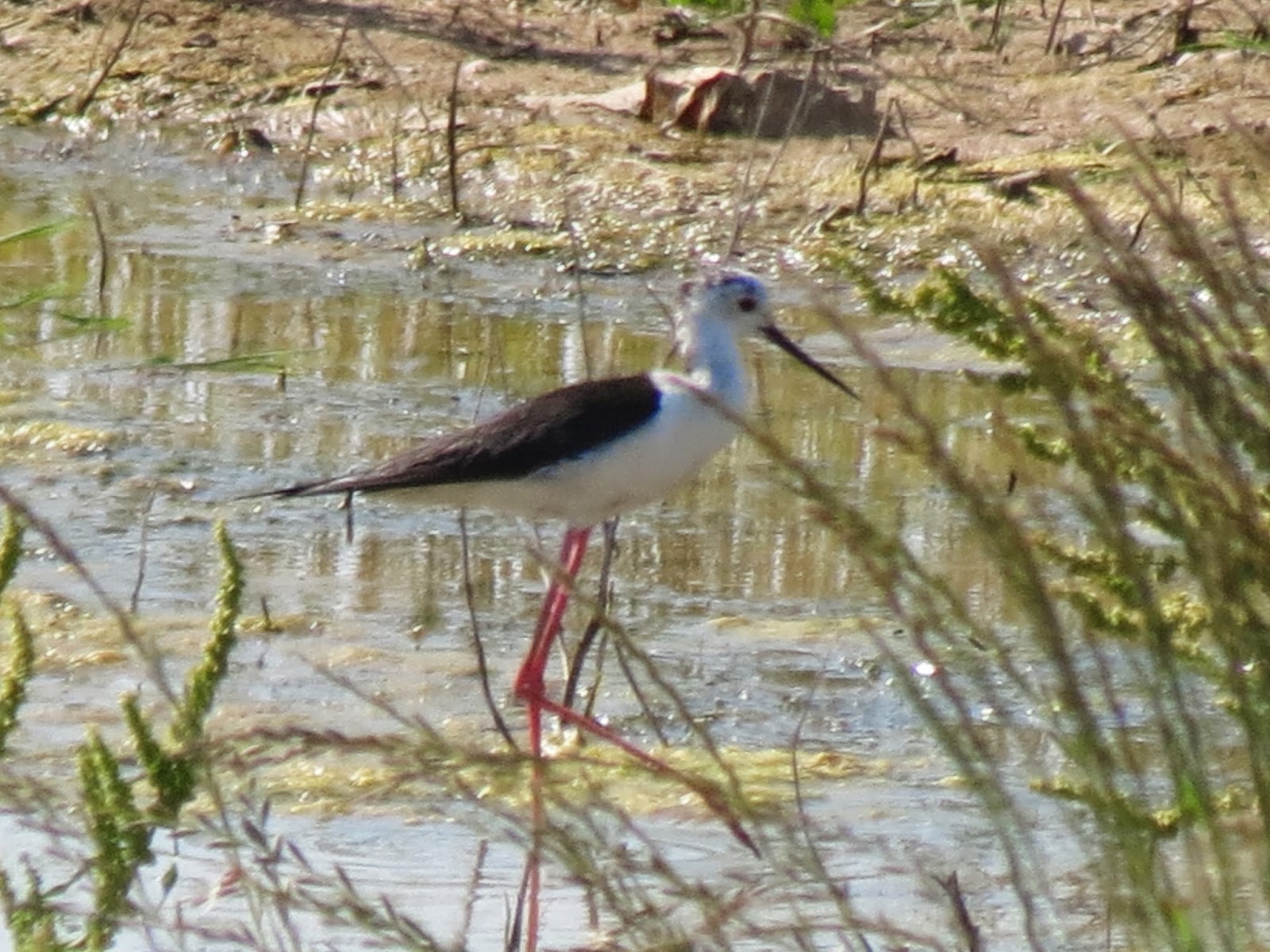 In West Sussex, the family group of BLACK-WINGED STILTS are still to be seen on the Medmerry RSPB reserve, west of Selsey